How to Get More Confidence 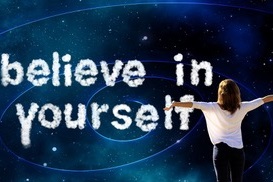 I’ll start by saying that usually, doing more of something makes you more confident, but for many people, just doing something for the first time can be impossible due to the crippling lack of confidence that can take over.  With confidence it doesn’t seem fair sometimes:

What actually is confidence?

Who can help you build confidence?

How can you develop confidence, or better still, perform even if you don’t have it?

For most of my working life I’ve been involved in optimizing the performance of people at work. A recurring theme over all these years has been confidence, and the effect it has on one’s ability to perform. And by perform, I mean to deliver what is needed or expected within the role the person holds.

I’ve worked with people in organisations, working as part of teams or in management and leadership roles, and I’ve worked with people who are running their own businesses. Confidence (or the lack of it) can affect anyone’s performance…and the accountability that lies within the structure of a workplace means that support is often available to build someone’s confidence so that they can perform. When someone is self-employed, where does that accountability come from? Failing to address the impact that confidence has on performance can lead to missed opportunities, playing it too safe, falling behind competitors and even a failing or poorly performing business.

It’s interesting to stop for a minute and to reflect on this word ‘confidence’. What actually is it? When I ask clients what they mean when they say ‘if I was more confident I would be able to…’, often they find it hard to describe what they actually want. It is often about a feeling that they don’t want to have about a situation…often fear of something happening as a result of them underperforming.  When I hear their language slipping into what they don’t want, I will ask them to describe for me what they want instead, without using the word ‘confident’, and this can be very enlightening.

For example, if someone says ‘I don’t want to feel sick at the thought of giving a presentation to an audience’, they can flip this statement to ‘I want to feel calm and in control instead’. With a little more clarity around exactly what is really wanted, it can become a whole lot easier to support and develop the person. In this instance, being fully prepared and having the chance to practice and practice will support the goal of feeling calm and control. Add in some exercises to control the breathing plus some visualization perhaps, and we have taken huge strides towards feeling ‘calm and in control’. So in this instance, we have better understood what having confidence really means.

So if having more confidence would enable you to achieve more and perform better, start by asking yourself the question ‘what is it that I really want to be able to do?’. Be as specific as you can about what it is that you want or need to do. Then put a plan in place to build the skills and capability to achieve that outcome by accessing some training, working with a coach, asking someone to help you, just having a go…It only takes a few tiny steps and before you know it you could be doing things that you never thought possible!